The ScreenFetch tool with Fedora 25 .

ScreenFetch is a System Information Tool designed primarily for Bash Shell but function with other shell environment as well. The tool is smart enough to auto-detect the Linux distribution you are using and generate the ASCII logo of the distribution with certain valuable information to the right of logo.
Let's see my ScreenFetch:

This is a good game if you have a telnet and internet connection.
Just open your terminal, run the telnet command and type o to open this: batmud.bat.org 23.
The game has an official website.
The team tells us about this game:

What is BatMUD - scratching the surface


One could go on and rant for hours and hours about the Game. If you're not familiar with BatMUD, don't worry - you won't even be after the first week of playing. The game's not easy, it was never intended to be. The first eyeful can be deceiving, especially as we live in the fully graphical world of commercially produced, hundred-million dollar budget behemoths. Our game, it's nothing like that; even though we tend to boast that it is more, and trust us - it is. A problem with the modern day games is that, eventually they become very dull or simply uninspiring. However, BatMUD's text-based approach it is different, somewhat to as reading a good book - it's all about your imagination. Hundreds of volunteer developers through the Decades have brought a special uniqueness to the Game, and new ones continue the Legacy to this day. We cater to almost everyone: the available options and playstyles are basically endless. It's Your Realm. 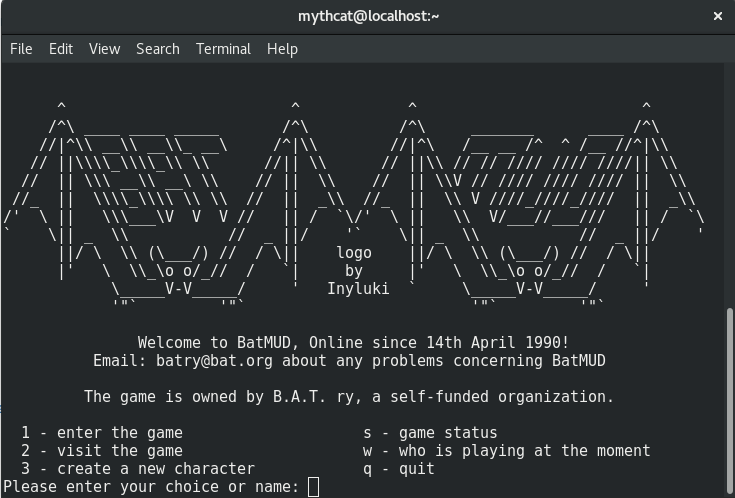 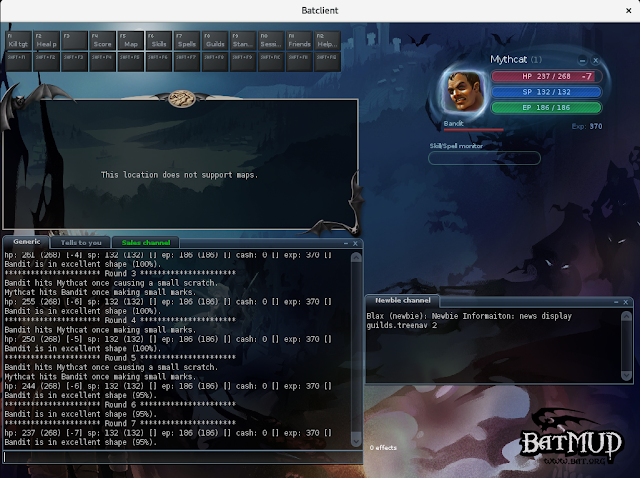