According to this article, Adobe is planning to end-of-life Flash.

This will happen at the end of 2020 and encourage content creators to migrate any existing Flash content to these new open formats.
Adobe will also remain fully committed to working with partners ( Apple, Facebook, Google, Microsoft and Mozilla) to maintain the security and compatibility of Flash content.

The article was posted by ADOBE CORPORATE COMMUNICATIONS ON JULY 25, 2017.
Posted by Cătălin George Feștilă

The recognition systems improve the more people use them, but they are closed systems so no one other than Apple, Amazon, or Google.
The project named Project Common Voice website includes an option to donate your voice.
If you opt to do so, a number of sentences will be popped up in your web browser for you to say. Once recorded, you can play them back to check they are acceptable before submitting them to help the voice recognition engine learn.
You need to read a sentence to help our machine learn how real people speak.
The area of interest for this project come with demographic data. You can try this project on the official website. 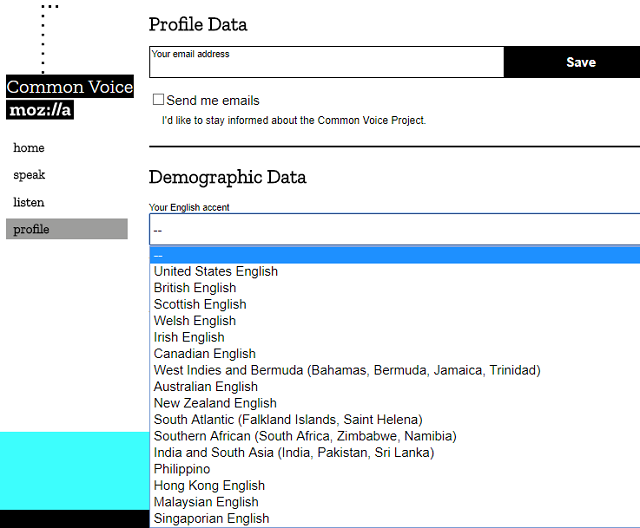 I install Fedora 26 into simple way with the Netinstall Image (64-bit 484MB ) from here.
I used the last VirtualBox to test this Fedora 26 net image.
It took some time because the hardware used is without the dedicated video card and an I5 processor. The basic idea of this test was to see how to install it.
It's interesting to watch: the number of packages installed per time unit, the startup steps for the base installation and the work environment.
The other steps are more complex because it matters what you want to do with this linux. It depends on how much you want to adapt it to your hardware machine or whether you will make it a web server, ftp, sftp or a graphics rendering or video rendering station.
The total installation time in VirtualBox was one hour and seven minutes. The resulting video was modified by changing the number of frames for a faster viewing, (from 72 to 172).
The reason was the first steps to install Fedora not to set a specific linux server.
I use linux command under root account to install and set Fedora 26:
Let's see the record video of this test install :

The WhatsApp software lets users share multimedia content, but you can't send files directly to other users.
If you wanted to send unsupported file formats like .apk, .zip etc, you had to rename the file to a supported file format.
For example, if you wanted to send the apk for your favorite app, you’d rename it such that it ends with .txt. I tested with Whatsapp™ For PC extension - Opera add-ons and works great.
I send a document file (.doc) with an approximate size of 5 Mb, without any interruption of the connection and a fluid transfer to the application.

You need to know also, there’s a limit of 100 MB to any attachment.
The executable file is not allowed ( like: .exe, .dll).
Meanwhile, messaging app Telegram is still leading the pack when it comes to file size restrictions — it has supported 1.5 GB files since its launch.
Posted by Cătălin George Feștilă


On 2 July, Linus Torvalds released the kernel 4.12, and it is available for download on kernel.org.
Linux 4.12 provides support for USB Type C in the form of a port management - that provides the correct power consumption.
Some significant changes are once again from the AMD-GPU driver.
About Data Integrity Protection, the device mapper driver receives an extension called dm_integrity to check the integrity of encrypted data on block devices and to protect it in the long term.
Read more about this news here.
Posted by Cătălin George Feștilă