This tool for internet of things is a network of physical objects such as household devices.
This goal let Nettacker tool to automated for information gathering, vulnerability scanning and eventually generating report for networks, including services, bugs, vulnerabilities, misconfigurations and information. Is able to use SYN, ACK, TCP, ICMP and many other protocols to detect and bypass the Firewalls/IDS/IPS and devices.
The project is at the moment in research and development phase and most of results/codes are not published yet.
How to install into fedora 27.
If you run it you will see the help of this tool: 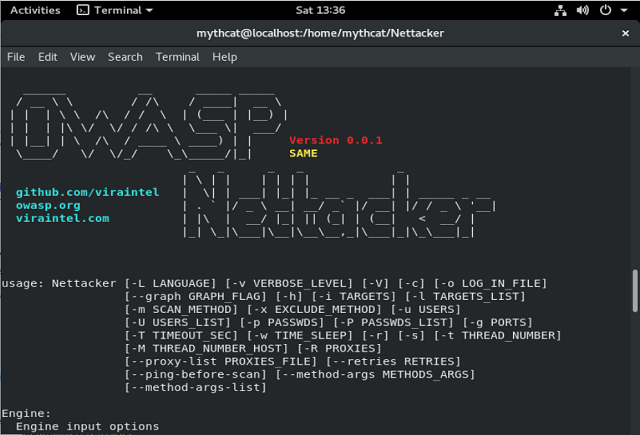 Let's test it:
The result of this is show in the next image: 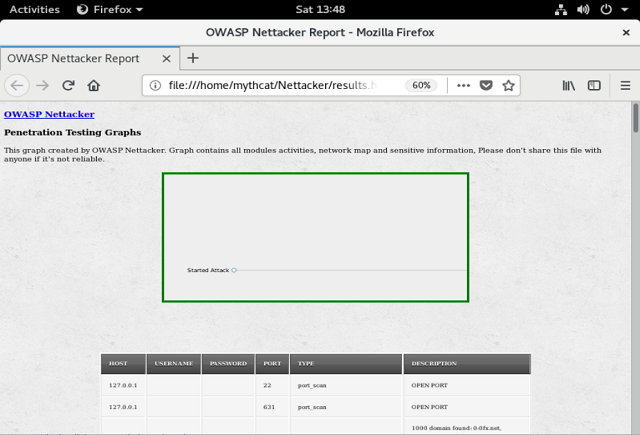 The Docker team company tell us:

Docker is the company driving the container movement and the only container platform provider to address every application across the hybrid cloud. Today’s businesses are under pressure to digitally transform but are constrained by existing applications and infrastructure while rationalizing an increasingly diverse portfolio of clouds, datacenters and application architectures. Docker enables true independence between applications and infrastructure and developers and IT ops to unlock their potential and creates a model for better collaboration and innovation.

The Docker platform come many features, so let's see them:
Let's start with the installation and testing of the docker (you need a sudo account):

This commands will install docker with dnf tool and will add your user to group docker.
The command with systemctl is used to test the docker services.
You can test the docker by searching and start applications:

The result of the run hello-world is this: 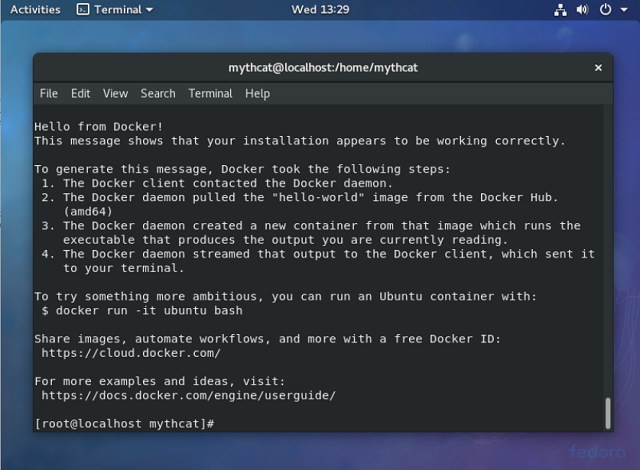 Today I tested something simple with Fedora 27 and scheduling in.
This is a SDL based Lua programming environment for children called load81.

The author teel us:

The name Load81 originates from the fact that in popular Commodore home computers the command LOAD "*",8,1 would load the first program on the disk starting from the file-specified memory location.

Load81 is written in ANSI C and uses SDL and SDL_gfx and SDL_image libraries.
I installed all these libraries and everything worked very well.
Once taken from github with clones I tested the examples in the examples folder and worked well from the first time.
The examples folder come with simple examples and some simple games.
Create your lua script and use this command to run it:
All running scripts require a graphical display account.
They worked very well on my normal account and I got a run-time error on my root account.
From examples, I took the triangles.lua script to illustrate how this game engine looks and works.

This is screenshot of triangles.lua script: 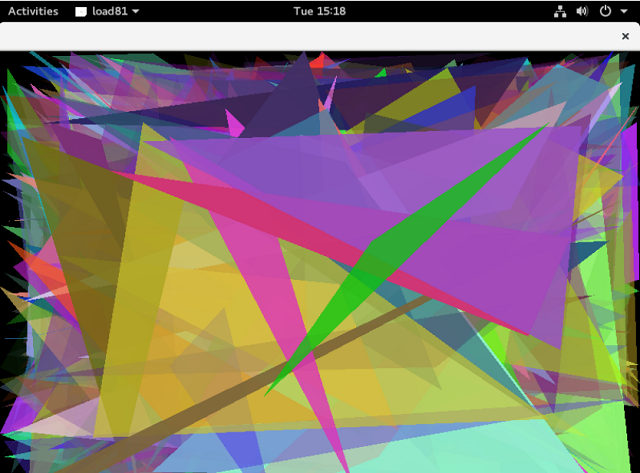 The Lua programming language is a good programming tool to start and test your programming skills.
Lately, the capabilities of computers and computer networks have increased exponentially.
The programming language allows the user simple programming possibilities with essential advantages.
I will illustrate some programs and frameworks that may be of special interest to you:
Today I start with install lua , torch and love 2D.
This work very well. If you use root accont then love command will work only with display SDL. This means you have to use a normal user, not a root user.
I used dnf install tool for lua and love 2d and github for torch.
The result can be seen in the following screenshots: 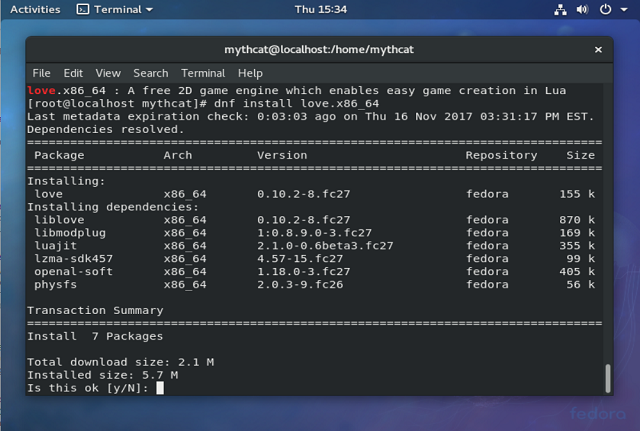 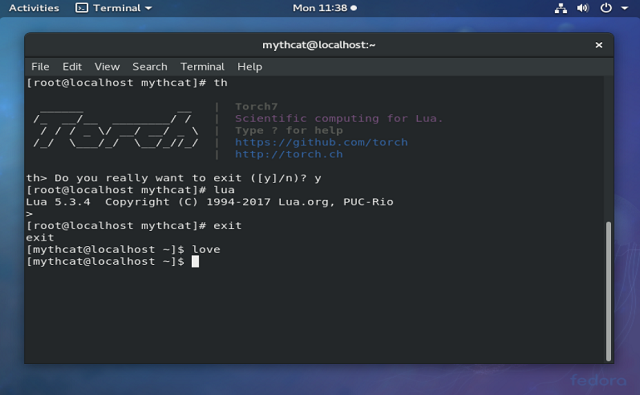 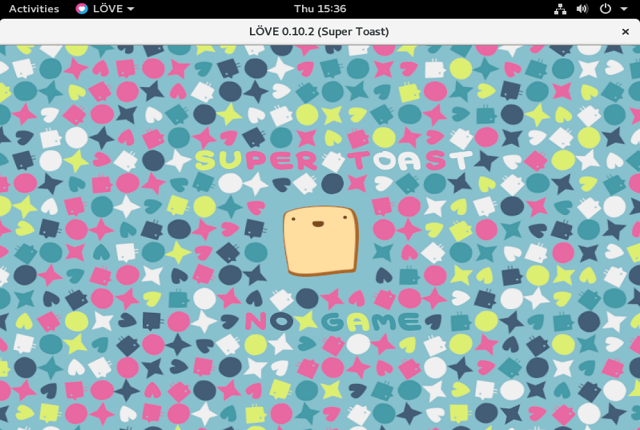 Today I tried to make a simple installation of Fedora 26 which I did without problems.
After that, the software update come with the option to upgrade all of your Fedora system software to the new Fedora 27.
The work of the Fedora team is appreciated for the work being done to create this new version.
For those who have been following the evolution of the design team over the course of Fedora's development, they will see evolution and quality in the new Fedora design.
Most software used by me was implemented without errors and everything seems to work very well.
Here are some screenshots made during the installation process: 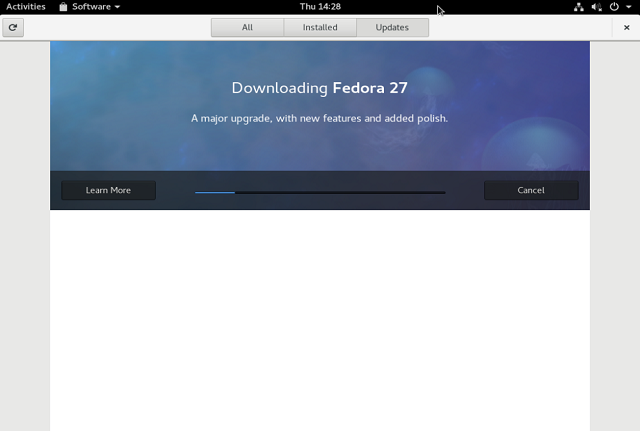 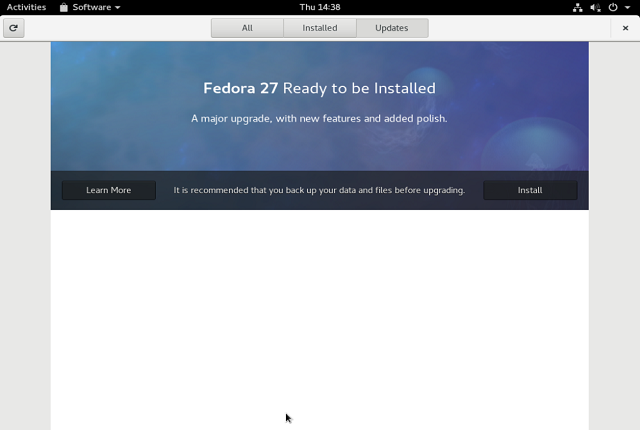 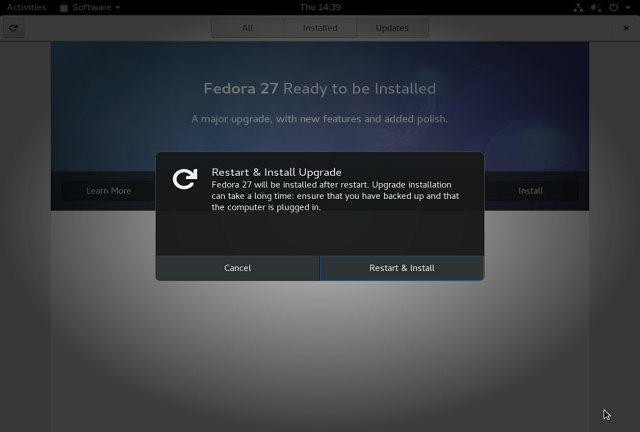 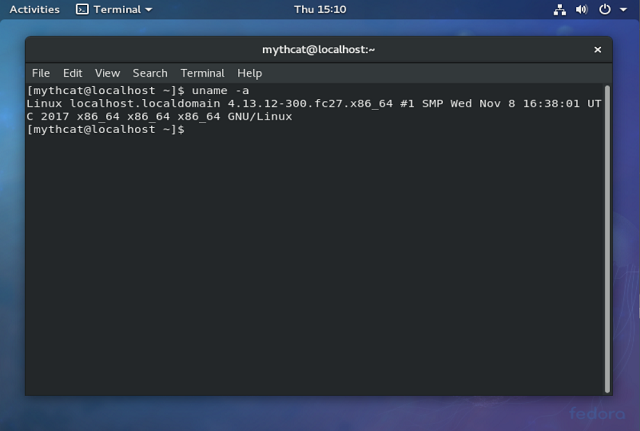 The famous browser named Tor come with the new version 7.5a7 and is now available for our macOS and Linux users.
This browser can be used with Microsoft Windows, Apple MacOS, or GNU/Linux and come for both 32/64-bit OS.
The Tor project has now announced a significant set of changes to their anonymity network which involves next-generation crypto algorithms, improved authentication schemes, and redesigned directory.
The list with changes can be seen here and the news can be read on the blog of Tor project.
Posted by Cătălin George Feștilă